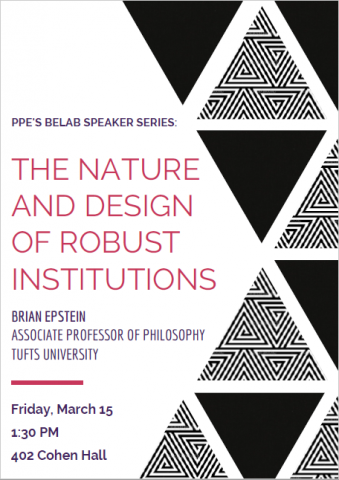 Title: The Nature and Design of Robust Institutions

Herbert Simon (1991) imagines a Martian gazing down on Earth with a telescope that could pick out social structures. He points out that most of what the Martian would see would not be markets, nor nations, nor governments. Instead, the dominant features of our social landscape are organizations and institutions. These have long been a central topic in sociology, but only recently are having a renaissance in the economics literature. Acemoglu and Robinson (2012), for instance, argue that the character of a nation’s institutions are the main determining factor in that nation’s long-term growth.