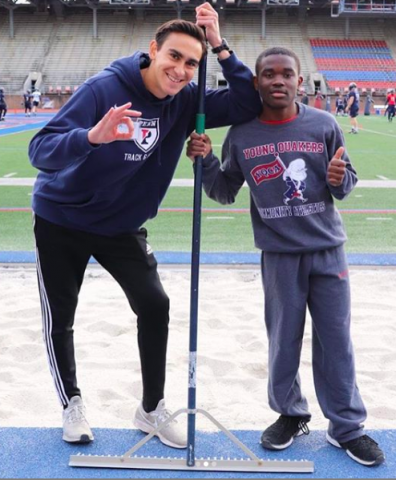 We are excited to share that PPE Senior Elias Graca has received the Keller Award at the Netter Center for Community Partnerships!

My work with Netter began during my freshman year when I volunteered with Young Quakers Community Athletics (YQ). My early volunteer role involved goal-oriented mentoring through track and field, and generally building relationships with kids from University Assisted Community Schools (UACS). Since my sophomore year I've been hired by Netter as a "Big Quaker Captain," which mainly involves organizing, communicating, and developing practice plans with other volunteers as a leader. Most recently, I joined the Thompson Civic Engagement interns to chair a committee focused on improving student feedback at after-school programs. The dominant theme to my work with Netter has been fulfilling what I feel is a responsibility to positively benefit the community that we exist within. It's been highly rewarding, often challenging, and altogether a formative part of my Penn experience!